This was in my inbox. It's from the Media Research Center, one of those groups who thinks that, well, see for yourself:


Now what do you think would have been the reaction of the American people if on Election Day they had gone to the polls knowing that in electing Barack Obama they were electing the single most radical socialist in the history of this country. I submit to you he would never have been elected. That's the power of the media

We've always been a nation where left the nation in slightly better hands than they were a generation before. And that's not happening now.

We stand to be the generation that will be asked by future generations, "Why didn't you stop it?"

I want to be the generation that says, "We returned America to her greatness. There were those that wanted to destroy this country and there were some of us who said, 'No.'"

That's what I want.

Can you say "demonization of people just because they don't agree with you"? I knew you could. 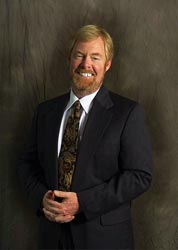 I wonder if Mr Bozell thinks that waging a trillion-dollar-plus gratuitous war in Iraq, allowing corporations to meddle freely in our elections, or further concentrating wealth in the hands of a few who are often those same folks sending jobs overseas are all ways in which the next generation will have gotten screwed up the ass? Yeah, why didn't we stop it?

Frankly, I don't know where he stands on those issues, but I do know I didn't hear too much about them from any of those on the right who now scream that "the single most radical socialist in the history of this country" is sending us to hell.

And on a broader note, going beyond neoconservative blowhards, this is a dangerous trend in America. We have a very fractured national discourse, where not only do those on one side listen to media from group and those on the other go somewhere else to be informed (read: propagandized), but both sides have in their ranks too many people who demonize the other side, often with fantastical narratives and angry polemics that have little grounding in fact. This is bad. Very bad.

Anyway, I suspect Mr Bozell III's progeny won't have too much to worry about. (Unless they're gay; then it's "No trust fund for you, fairy pants!")