A speech to unify them all

ROK President Lee Myungbak gave a rousing speech to the nation on Monday. It outlined past aggressions by North Korea that went unanswered, discussed why the Yŏnpyŏng-do [Yeonpyeong] attack on civilians marked a dangerous turn, and vowed to fully retaliate if the North repeats this kind of provocation. 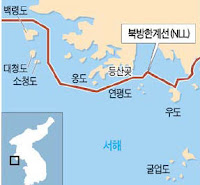 He made clear that South Korea will steadfastly defend the so-called Sŏhae-odo [서해5도], the "five islands of the West Sea," which skirt North Korea's southwestern coast. While acknowledging that many South Koreans had doubts about the facts surrounding the sinking of the Ch'ŏnan in March, he hoped the shelling of Yŏnpyŏng-do would remove doubts about North Korean aggression in the Yellow Sea.

He made clear he wanted to unify the country in their resolve to defend the Republic of Korea.

Courtesy of Yonhap, here is a sizable excerpt from the address:


Fellow citizens,
North Korea's provocation this time was entirely different and unprecedented in nature. Since the end of the Korean War, the North has perpetrated numerous provocations, but it has never launched a direct attack onto our territory before. Making matters worse, it indiscriminately shelled the island where some 1,400 residents are peacefully living.

A military attack against civilians is strictly prohibited even in time of war; it is a crime against humanity.

Only a few meters away from where shells landed, there is a school where classes were going on. I am outraged by the ruthlessness of the North Korean regime, which is even indifferent to the lives of little children.

Countries around the world are joining us in denouncing North Korea.

We have thus far tolerated provocations by the North time and again. On January 21, 1968, North Korean commandos infiltrated into Seoul with the intent of killing the President. A bomb explosion in Rangoon, Burma, set off by North Korean agents, killed many high-ranking South Korean Government officials who were accompanying the President. The North has already tried and failed twice to kill the South Korean head of state. North Korean agents blew up a civilian airplane in 1987, taking the lives of 115 passengers.

South Korea nonetheless endured these continual provocations because we entertained a slight hope that the North would change course someday and an unwavering commitment to peace on the Korean Peninsula. Over the past 20 years, therefore, South Korea has striven to resolve the North Korean nuclear issue through dialogue and collaboration while at the same time providing unstinted humanitarian assistance.

North Korea, on the other hand, responded with a series of provocative acts, including the development of a nuclear program, the sinking of the Navy corvette Cheonan by an explosion and the shelling of Yeonpyeongdo.

At long last, we came to a realization that it no longer makes sense for us to anticipate that the North would abandon its nuclear program or its policy of brinkmanship on its own. The South Korean people now unequivocally understand that prolonged endurance and tolerance will spawn nothing but more serious provocations.

Those who have so far supported the North Korean regime might now see its true colors.

It was an excellent speech that said everything it needed to say. But, as The Marmot notes, he said many of these things this past spring in regards to North Korea's sinking of the Ch'ŏnan. Worse, he might even be inviting North Korea to test this resolve. And then, if South Korea again responds by doing nothing, this could be a speech that will live in infamy.