Would you like some fries with your Samsung phone?

I'm not sure if this is incompetent design or evil intent, but the Los Angeles Times is reporting that the Samsung Focus phone out this week is frying some memory cards: 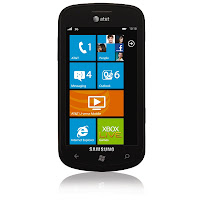 Before the lineup of phones with Microsoft's Windows Phone 7 operating system debuted, there was much speculation over whether the new offerings would support memory cards. When the phones hit shelves last week, it turned out that at least one model, the Samsung Focus, had memory card support (unlike Apple iPhones).

But the option could inspire more nightmares than joy, given that the Samsung phone appears to fry any card not "certified for the Windows Phone 7," according to AT&T, one of the carriers of Microsoft's Windows Phone 7. The only problem? No such cards exist, at least so far.

In a statement, AT&T advised Samsung Focus customers to "delay purchasing an external microSD card until the cards identified as 'Certified for Windows Phone 7' are available commercially or in AT&T stores."

First the antenna problem with the iPhones and now this. Maybe it's not fair to blame the company once known as Cingular, but is AT&T jinxed by selling phones before they're ready?