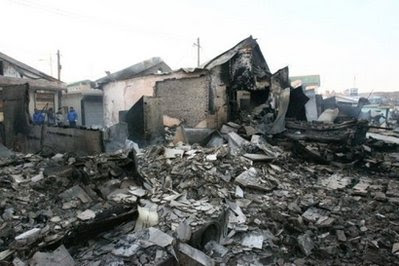 Funny how Beijing always seem to be saying this after their client state kills somebody:


China’s Premier Wen Jiabao reiterated calls for stability on the Korean peninsula, without signaling any intention to fault ally North Korea for firing a deadly artillery salvo at a South Korean island on Nov. 23.

“China has all along devoted itself to maintaining the peninsula’s peace and stability, and opposed military provocation in any form,” the official Xinhua News Agency cited Wen as saying during a meeting yesterday with Russian President Dmitry Medvedev. All concerned parties should exercise maximum restraint, Wen said.

"We maintain peace and stability and oppose any military provocation," he says. This would be funny if it weren't so dogdam serious.