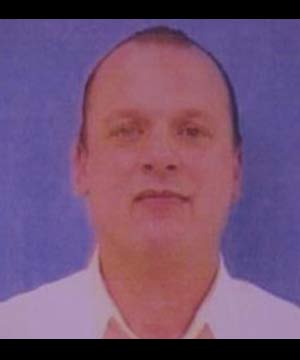 The stupidity of Ann Coulter's remark...


"Fortunately, that's the one advantage we have in this war. In a lucky stroke, all the terrorists are swarthy, foreign-born, Muslim males." 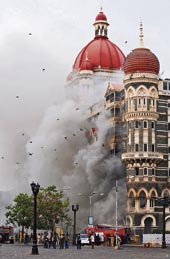 ... still echoes in my head. And I was still thinking about that when I heard this PBS Newshour piece looking back on the 2008 Mumbai attacks, especially the part about how conspirator David Coleman Headley, aka Maood Gilani, would easily have gone... no, did easily go under the intelligence radar:


RAY SUAREZ: To prepare for the attack, Sajid Mir recruited an unlikely source to go on five separate scouting missions to Mumbai.

Daood Gilani was in his mid-40s when he traveled to a Lashkar training camp in Pakistan. Born in Washington, D.C., to a Pakistani father and a socialite American mother, Gilani had a reputation as a ladies man and a checkered past. He was arrested in the mid-'90s for dealing heroin in New York, later becoming an informant for the Drug Enforcement Agency. He changed his name to David Coleman Headley in order to travel with greater ease.

SEBASTIAN ROTELLA: He was the perfect spy in a lot of ways and the perfect operative for the people he ends up having relationships with, that is, drug traffickers, Pakistani intelligence, American -- the DEA, because here's a guy, really, a man of many worlds.

He's born in the United States, has a U.S. passport, doesn't look particularly Pakistani. But he grows up in Pakistan, yet he comes back to the United States and really slides into a very kind of decadent world of drug-dealing and partying. And he somehow manages in a very -- like a chameleon, to combine all those worlds.

RAY SUAREZ: Here is this guy with this background that practically screams, "Look at me," and it seems like they missed him. How?

SEBASTIAN ROTELLA: I think that law enforcement and intelligence have a tendency to put people in boxes. And they perhaps had a view of what an Islamic extremist is. And he, for a series of reasons, didn't conform to that.

So back to my question, were the airports to adopt an Ann Coulter-recommended system of racial profiling and the Islamist terrorists had chosen Mr Headley for an attack on an airliner, would he have been caught?

I doubt it. In fact, Mr Headley successfully passed as a Jewish American to successfully gain access to the Jewish center in Mumbai that was also attacked, for the purpose of surveillance.

Al Qaeda is not stupid. They have been working to recruit "European-looking" operatives for the past decade, and they've found them in the likes of Johnny Walker Lindh, Adam Gadahn, and now Mr Headley. There are probably more (and this doesn't even begin to address Irish terrorists, home-grown McVeigh-type terrorists, potential Asian Muslim terrorists, etc.). Ann Coulter is the one who's stupid.

By the way, Mr Headley/Gilani is not the same Mr Ghailani* who was recently convicted of conspiracy to destroy American property, but whose acquittal on 285 other counts (mostly murder) has led many conservatives to demand an end to civilian trials of terrorists. Folks like Congressman Peter King believe (mistakenly) that military tribunals will give us the guaranteed verdict we seek.

Mr Ghailani still faces a sentence of twenty years to life for that single conviction. PBS Newshour has a good overview on that meaning of that case here.

* Not long ago, Mr Ghailani might also have passed airport screeners with ease, but ever since the election of Barack Hussein Obama, conservatives are keenly aware that east Africans are also Muslims.