Is North Korea planning to launch a chemical attack in Seoul during the G20?

The British press seems to be abuzz with the prospect that the G20 summit in Seoul is going to be attacked by North Korea, via chemical weapon-filled balloons.

From the Daily Mail: 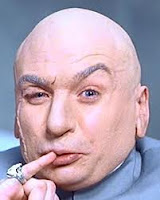 The claim that ageing tyrant Kim Jong-Il will attempt to disrupt the gathering — attended by David Cameron and other world leaders — has been taken seriously by Western diplomats.

U.S. Secretary of State Hillary Clinton has asked China, North Korea’s chief ally, to rein in Kim. And security is now at red alert for the conference in the South Korean capital Seoul.
Kim Jong-Un, Kim’s third son and expected successor, is thought to have been ordered to find ways to overshadow the meeting.

His father’s secretive regime has acted aggressively in the past at times of internal change, external tension or when the rival South is the focus of world attention.

I'm really torn by this. Although the history is there — the (alleged) downing of Korean Air flight 858 right before democratic elections in the South and less than a year before the 1988 Olympics, the sea battle right before the 2002 Korea/Japan World Cup began, etc. — when they start attributing this to Brilliant Comrade Kim Jong-un, I start to roll my eyes and wonder if they're not just sitting around drinking copious amounts of soju and reporting as news potential scenarios they've pulled out of their butts. Indeed, I can imagine just how and where this story "emerged" last night. 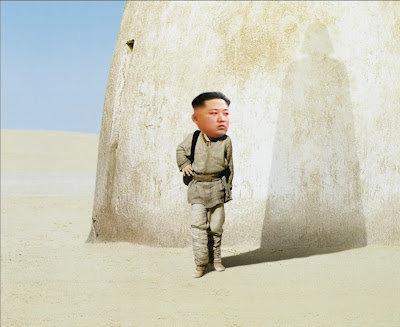 As I've made it clear, the Western media has been exaggerating Kim Jong-un's prominence and influence so far. He is, as I've said, the Kim Who Wasn't There, and it's highly doubtful that he's plotting ways to kill a bunch of world leaders, including his regime's benefactor Hu Jintao.

I think you need to stop re-watching all the Austin Powers movies. I mean, really, are the actual events just too boring for you? You've got half-naked PETA protestors and an ajumma trying for self-immolation.

UPDATE:
BJiT (British James in Texas) had this to say bout the Daily Mail:


Conservative, scaremongering and some say bigoted. They're not necessarily unreliable, though they were running paranoia about chemical and biological weapons when I was growing up...

So essentially (and he says I can quote him on this, even though he was just affirming my quote), they are like the UK's dead-tree version of Fox News.

Email ThisBlogThis!Share to TwitterShare to FacebookShare to Pinterest
Labels: G20, Kim Jong-un, The Kim Who Wasn't There™, UK