Grizzly bears don't have tariffs on berries and salmon, so why should we?

Courtesy of Ben Muse's Korea-US FTA blog (which has produced a flurry of activity lately), here's news that Sarah Palin is pushing new Republican members of Congress to support the KORUS-FTA:

Wait... what the? We're not supposed to criticize Israel? What if they do something wrong? Like continuing to build settlements that further erode what little chance there is for a peaceful two-state solution? What do we do then? 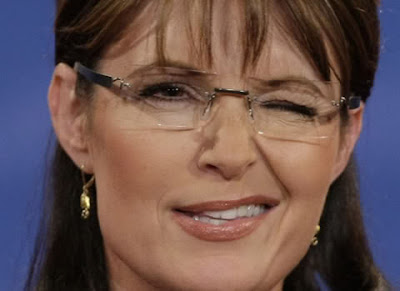 Anyway, she may have a bit of a tough time with this, since Tea Party supporters seem to be anti-free trade, believing it to be a sign of the New World Order   another example of Obama trying to socialize America   I am extremely terrified of Chinese people somehow bad (according to polls).

Oh, and they should also kill Obamacare:


Obamacare is a job-killer, a regulatory nightmare, and an enormous unfunded mandate. The American people don’t want it and we can’t afford it. We ask, with all due respect, that you remember your job will be to work to replace this legislation with real reform that relies on free market principles and patient-centered policies. The first step is, of course, to defund Obamacare.

Replace the legislation, yeah. Replace it with that major health care legislation you pushed during the six years that Republicans controlled the White House, the US Senate, and the House of Representatives. That one.

Anyway, interesting that I can agree with the former Alaska governor on at least something (but that's more because I'm a moderate than any inclinations toward across-the-aisle compromise on her part).