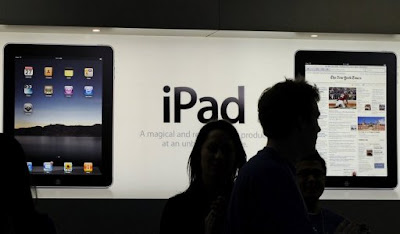 I probably shouldn't be posting this news, because I managed to jinx the release date of the iPhone4. But I don't care:

KT, the nation's sole distributor of Apple's iPhone and iPad, said the popular tablet PC would start at 218,000 won (192 dollars) with a two-year contract, rising to 865,000 won with additional features.

More than 40,000 South Koreans have pre-ordered the popular gadget since November 17, a KT spokesman said, adding the company would begin sending out products on November 30.

The announcement comes after South Korea's Samsung Electronics launched its own tablet computer last week in the domestic market in a bid to get the jump on Apple.

Just in time for Christmas. Gift of the Pad-i.