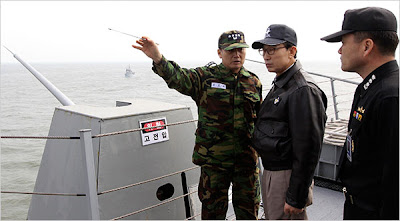 I did not know, but I guess I'm not surprised, that no South Korean president has ever visited the waters around South Korea's northwestern islands, including Paengnyŏngdo. As I've written before, North Korea does not recognize the Northern Limit Line, even as South Korea enforces the de facto maritime border, and so a national leader venturing outside North Korea's defined corridors to get to those islands (which North Korea does not dispute, insofar as it recognizes South Korean control over any part of Korea) is asking for trouble. The beaches and sea cliffs on Paengnyŏngdo are reportedly quite beautiful, but not worth the risk.
And now we're wondering if Kim Jong-il will finally head to Beijing, as was speculated early in March. I wonder what Beijing would say to the Dear Leader in regards to the sinking of the Chonan. If North Korea was behind this, it was an act of war, and if South Korea can make a convincing case, Beijing will be placed in an awkward position. 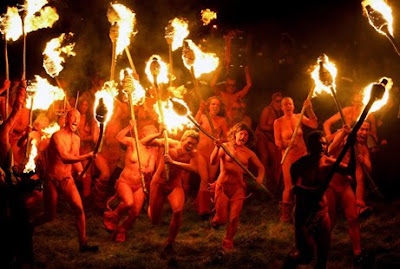