It's official: Potheads forgot to vote to make marijuana legal 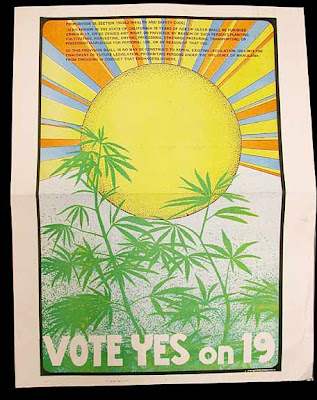 Proposition 19, the voter initiative that would have legalized and regulated marijuana production and consumption in much the same way that alcohol is, was defeated on Tuesday, 54 to 46 percent. [Interestingly, a failed ballot initiative on the November 1972 ballot which would have removed penalties for personal use of marijuana, was also called Proposition 19; it was defeated almost exactly 2 to 1.]

Yet surveys show not only that those who support legalization outnumber those who are against it (49 to 41 percent), but also that if the young people who overwhelmingly support legalization had come out in numbers similar to what they did in the 2008 election, Prop 19 could have become law and we could all have a toke and a smile. 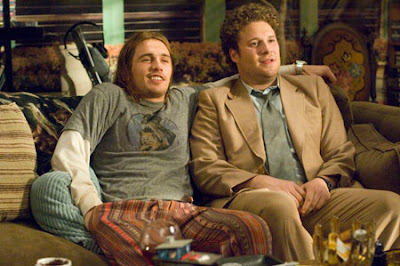 
California voters rejected Prop. 19, but a post-election poll found that they still lean toward legalizing marijuana for recreational use and, if young voters had turned out as heavily on Tuesday as they do for presidential elections, the result would have been a close call.

Okay, to be fair, Prop 19 was flawed in some ways, such that it may be better to fix it up a bit and try again in November 2012:


The poll also found that a quarter of those who voted on Proposition 19 had considered voting the other way, suggesting that a different initiative or a different campaign could change the result.

“We have fluidity,” Greenberg said. “The issue does not have the kind of hard and fast kind of polarization that we’ve seen with other so-called moral or social issues.”

We from California need to stop pussy-footing around the issue, turning it into an infraction but still keeping it illegal in a way that still funnels billions of dollars to drug cartels and their own campaigns of violence. Now there's your drug crime.