This planeload of weapons from North Korea is big news, not only because it may be disrupting thawing relations between Washington and Pyongyang as the former tries to nudge the latter back toward the six-party talks, but also because it's not certain where these weapons were headed. Anyway, I was wrong in an earlier report that the crew were five North Koreans. They were from Kazakhstan and from Belarus. The guy at right looks like he could be related to Borat, but I'm keeping that observation to myself. 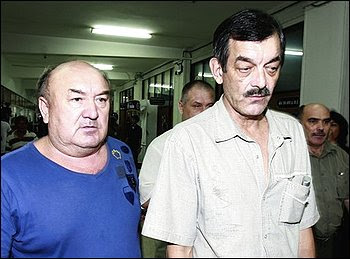