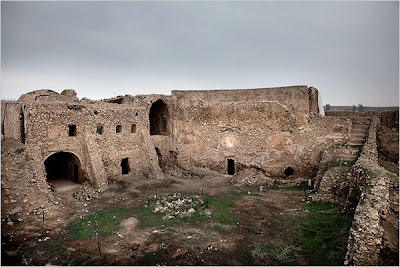 The New York Times has a story that may seem familiar to some who have followed or studied the presence the US military in South Korea since liberation or the Korean War: This one follows the soldiers who first damaged (first accidentally and then deliberately) the site of an Iraqi Catholic church and monastery built from the 500s, and the soldiers who decided the right thing to do was to restore the important ancient site before they leave.


When the 101st Airborne Division captured this base back in 2003, an American tank blasted the turret off a T-72 tank, catapulting it into the side of St. Elijah’s Monastery.

The force buckled a wall of mortar and stone that had stood for more than 1,000 years here in one of the earliest redoubts of Christianity. Such is the tragedy of war.

The division then made the site a garrison and painted its emblem on the stucco above the low door to the monastery’s chapel. The insignia remained there until a chaplain contemplated the righteousness of having “Screaming Eagles” adorn a house of God.

“That’s not right,” the chaplain said, as the story goes.

Thus began the accidental American stewardship of St. Elijah’s, an ancient site of Christian worship and martyrdom now stuck in the middle of a sprawling military base just south of Mosul, in northern Iraq. 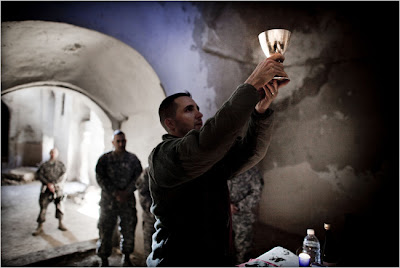 Now, in one small act of preservation, and perhaps penance, the Americans hope to restore St. Elijah’s. Army engineers have drawn up plans to shore up the roof and walls of its main sanctuary — believed to have been built in the 11th century — before the last American troops leave the monastery to an uncertain fate.

“We get so close sometimes, but we don’t finish,” Master Sgt. Howard C. Miller said, referring to the unfinished business that increasingly consumes the American military as a deadline for withdrawal nears. “I’d really like to see this through.”


The story focuses on their efforts, including "the world's oldest recycling program." It also discusses how this base provides soldiers a small chance to learn something about the rich history of the country they occupy and reside in.

Who knows how this ancient Christian site will be treated in a land where two competing versions of Islam already go at each other (Catholics are slightly more than one percent of the Iraqi population). To wit, the story says that the Iraqi Republican Guard who used the nearby base until they were ousted in 2003, used the monastery's cistern as a latrine. 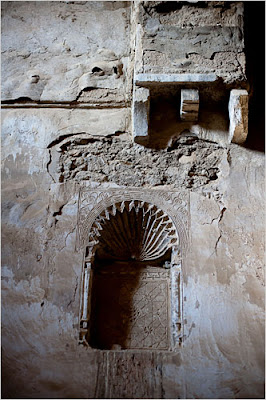