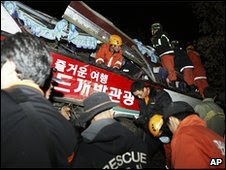 This is a bit of a quick-and-dirty edition of the Daily Kor. The semester is over, I'm flying to the Bay Area the day after tomorrow, and I've got some stuff to do and people to see before we go our separate ways for a while. A "quick and dirty" edition means I mainly focus just on the Washington Post and Yonhap.

A big story today is the bus crash near Kyŏngju. Reckless and haphazard driving by bus operators working on a schedule is why I will never ever go anywhere long distance by bus — I'll take the train, drive my own car, or even fly — unless I absolutely have no other choice. I hate not being in control when careening down a road. I was not always this way, but too many really bad drivers around me in California, Korea, and now Hawaii has made me so uncomfortable with someone else driving that I end up exhausted at the end of the trip.

Curiously, however, I'm okay with taxi drivers, even though they're among the most reckless. I guess it's because on short jaunts through Seoul it's a lot harder to drive off a cliff. Not impossible, though.

Anyway, my hopes and prayers are with the victims of this tragedy and their families. 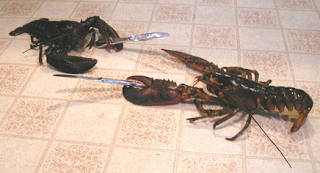