The worst of people 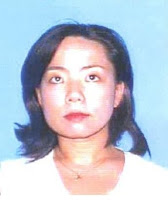 The brutal rape and murder of Eun Kang [left], who was four months pregnant, should be enough to anger and disgust anybody no matter what affiliation they may or may not have to Korea or the Korean-American community.

But since there is a connection to Korea and/or kyopo, it was natural for The Marmot's Hole to post on this notorious crime that has people I know in Southern California feeling incensed.

But what follows in The Marmot's comments section is just adding stupid insult to unimaginable injury. I'm not even talking about the reference to "that low-IQ melanin-enhanced fellow" who was seen committing this atrocity, since that comment at least is aimed (perhaps misguidedly) at addressing what may have a preventable crime.

Rather, I'm talking about the deterioration, starting murkily somewhere before this point (and my apologies for singling cmm out, since he is not the primary or sole culprit) of the thread into a Korean-versus-non-Korean bitching contest, followed by Mizar5 trolling yet again.

A woman died. Brutally. And on the blog that is the face of the English-language K-blogosphere, this is what's happening in the comments section. Disgusting.

Back in the mid-1990s, it was a somewhat disturbing thing that the OJ Simpson trial had become a daily spectacle that seemed to dominate even august news networks. What was truly disgusting was the dehumanizing way in which people like Jay Leno turned the trial in a violent and bloody murder of two innocent people into an absurd circus of attempts at humor. It went beyond the jokes in the monologue, the infection spreading to daily gags that weren't even funny the first time, things like the Dancing Itos — Asian men with real or fake beards coming out in judicial robes. A mockery of a murder trial where almost everyone forgot that it was all about two people having been sliced to death. 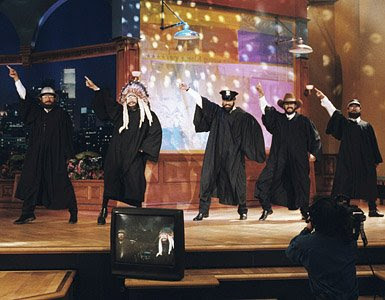 Yeah, I'm writing this from a bit of pent-up anger. It's not toward The Marmot himself, who is a good guy and who (as best as I can tell) feels some dismay for the peanut gallery his commentary section can be at times but is too busy to police it himself (and who may feel a bit unnerved about the idea of censoring it). I'm directing this at the participants themselves, who just don't know when to realize they've done enough. Mizar5, a gallingly hypocritical race-baiter no matter what the topic, has shown himself to be nothing other than a disgustingly soulless troll, but he's no doubt having a good laugh.

Yeah, I can be a bit of an arse on my own blog and other's sometimes. I've been called out on my own bad behavior sometimes and I've apologized. I learn from it and apply that lesson in the future. And I realize the irony of writing this on a day when I poked fun at the death of a withered old nonagenarian. But I would be loath to equate the hapless Eun Kang and her unborn twins with a 91-year-old charlatan televangelist who bilked tens of millions of dollars out of gullible people living from check to check. No, I don't think it's hypocrisy.

Surely it's not a given that the K-blogs have to become like this. I have barely one-tenth the traffic of TMH, but Brian in Chŏllanam-do has pretty high numbers and his is not. Korea Beat, another of my favorite blogs, can see deterioration in the comments section. Nothing is on the order of Dave's ESL, yet.

What is the solution? The Marmot has "open threads" where people can let loose (within very broad parameters), so why isn't that enough? Or maybe I should just shut up and keep my opinions to myself. While I read all these sites regularly, I don't own any of them. If they — especially TMH — are the face of Korea's blogosphere in English, that doesn't mean they have to cater to my sense of what's okay and what's not in a blog.

But still... a woman and her unborn children died, and it's greeted with this.

UPDATE:
I see that people are seconding and thirding abcdefg's call for Mizar5 to be banned. Let me be a fourth.

The esteemed Won Joon Choe makes a valid point, however, that "if Mizar5 is worthy of a ban, then half the people on this comment forum shouldn’t last either," but the difference is that the others are not trolls; while their behavior may get out of hand sometimes, they can be brought back into line. Mizar5, by his own admission (though anyone can see it for themselves), is only there to troll.

UPDATE 2:
And ban Yokohamaet while you're at. As reprehensible as I find Mizar5 to be, this kind of "outing" thing is utterly uncalled-for.

Even in a "regular" post, even in an open thread, this might have gone into "unacceptable" territory, but on this particular post, given the subject matter, just shut it down.

UPDATE 4:
It's closed. Mizar5 and Yokohamaet are banned. Now people just leave Mizar5 alone. It's over.

UPDATE 5:
The Marmot lays down the law and explains himself doing so at the same time. Kudos to a class act.

Email ThisBlogThis!Share to TwitterShare to FacebookShare to Pinterest
Labels: K-blogosphere, The Marmot's Hole