This should be interesting: North Korea is going to have to answer to the United Nations — which has lately shown a bit more willingness to criticize the DPRK — about its systemic human rights abuse. Meanwhile, the US envoy for North Korea has arrived in Seoul, presumably for Washington and Seoul to get on the same page as Ambassador Bosworth heads for Pyongyang on Tuesday. 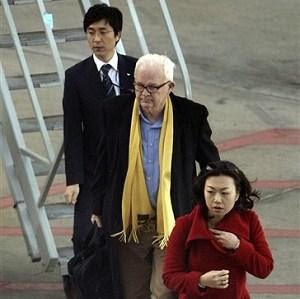 Not sure if this Santa-lookalike is bearing gifts, but damn straight Kim Jong-il is on the naughty list. Okay, I don't know why I keep beating this Christmas theme to death. But here's a nice picture of people hiking through snow-capped Puk'ansan National Park [북한산 공립공원], which is partly located within Seoul city limits and easily accessible by the metro. Take that, London, New York, and Tokyo! 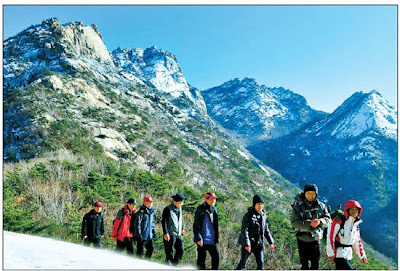 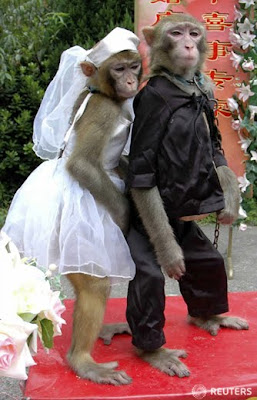