Another quick-and-dirty edition. I've been traveling all day. 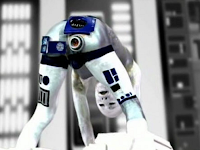