Fresh off their exclusive scoop that Washington had handed over control of Saipan to South Korea, the Wall Street Journal informs us that American Samoa is "foreign" territory.

This bit of news comes in an article highlighting the NFL's Haitian-born players, which was accompanied by a photo essay of the "NFL Imports." This piece, entitled "NFL Foreign-Born Players," provided "a look at some of the top foreign-born players plying their trade in the league today." 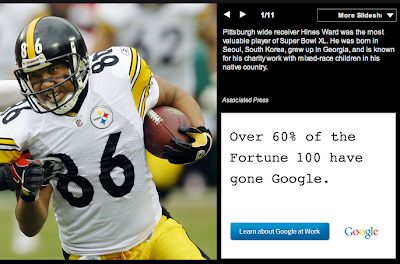 It started with Hines Ward, noting the following:


Pittsburgh wide receiver Hines Ward was the most valuable player of Super Bowl XL. He was born in Seoul, South Korea, grew up in Georgia, and is known for his charity work with mixed-race children in his native country.


That almost has Mr Ward sounding like a foreign national, but the truth is that he has over the past few years made the ROK a home away from home, helping kids "back home" in Korea who haven't been as lucky as he.

Where the article really gets funky is when it talks about Isaac Sopoaga:

Mr Sopoaga is from American Samoa, not next-door Samoa (the latter of which is in fact an independent country). While it's true that people born in American Samoa are American nationals and not full-fledged American citizens, their birthplace is still a territory of the United States of America (i.e., not a foreign land).

This should be obvious to anyone who pays attention to the news, which I assumed would include, say, people who work at the Wall Street Journal. For starters, there was the tsunami in September that killed dozens, prompting considerable Federal support. Furthermore, many American Samoans proudly serve in the US armed forces, and at least twelve have been killed fighting in Iraq and Afghanistan. 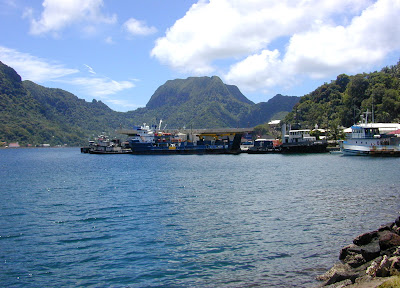 American Samoa has a non-voting congressman in the House of Representatives, currently Democrat Eni Faleomavaega, who serves as Chair of the House Subcommittee on Asia, the Pacific, and the Global Environment. Not exactly something a "foreigner" would be doing.

I wish I could come up with some cleverly amusing spin on this, some snarky comment to tie it all together, but I'm really beginning to just look at the geography-impaired folks at the WSJ and just think, geez, this is embarrassing.