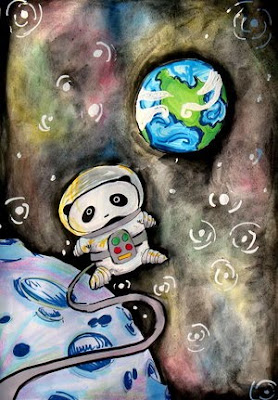 China has announced that it wants to build a manned space station with indigenous technology by the year 2020.
"Everything else is made in China," said a Ministry of Space, Education, Agriculture, and Nationalist Sentiment spokeswoman, "so why not a space station?"
Once the Earth-orbiting facility is completed, she said, it will be used for scientific inquiry. At the top of the list is confirming whether the Great Wall is actually visible from space.
Frankly, we here at Monster Island are elated. We'd rather they spend their Walmart proceeds this way than, say, propping up Pyongyang or building weapons aimed at Taiwan, South Korea, or Japan.
on September 28, 2009