A thirty-year-old woman has been shot to death at a student housing complex at UCI, my undergraduate alma mater. The shooting occurred at 7:30 on Sunday night.

The suspect is a thirty-five-year-old man with whom the victim has a four-year-old child:

The victim and suspect began arguing in an apartment. The argument continued in a parking lot and the man allegedly shot the woman multiple times. The woman was pronounced dead at a hospital, according to the report.

Of course, murders happen with some regularity in Orange County, a metropolis of three million people. In fact, today's Orange County Register has another story about a man at a house party in Buena Park being killed when he was shot in the torso by "a man with a shaved head" who had been asked, along with his also shaved-head buddies, to leave the party.

But since the first shooting is "my school" and I am familiar with the place where it happened, well, it sort of hits closer to home. 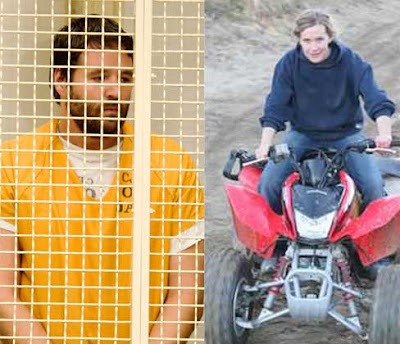 UPDATE:
A recent story in the Orange County Register discusses some of the events leading to the murder of Bekki Clarke, including divorce proceedings that did not go in her estranged husband's (Brian Benedict) favor.