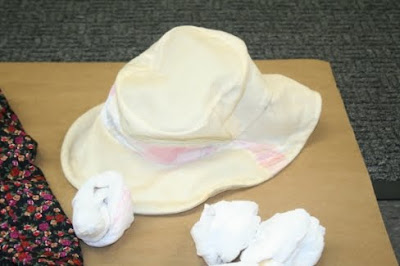 This is not really a crime story as it is just a sad tragedy. One week ago, at around 6 a.m. on September 18, a woman was crossing Western Avenue in the western OC community of Buena Park when she was struck by a 1998 Ford sedan. She died five days later from head injuries she sustained in the crash.

The thing is that since the accident, no one has come forward claiming to know this person who was found without any ID. The Orange County coroner's office has issued a detailed description of her clothes and her person. She is being described as probably Korean, aged 45 to 60, with shoulder-length black hair with some gray. 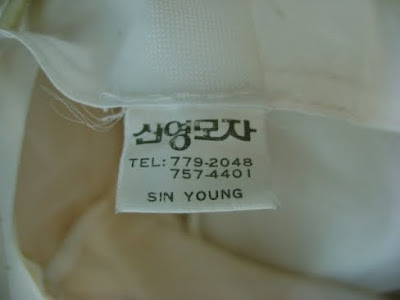 They are saying she is likely Korean because of Korean-language tags found on her clothing. The tag below (신영모자) is a Seoul-based company. And as anyone who has lived in South Korea can attest, her belongings are typical ajumma attire, very typical of those women who grew up in the period immediately after the Korean War.

Pictures of the items she was wearing or carrying can be found here. As almost anyone who has lived in South Korean can attest, that is the archetypal uniform of middle-aged South Korean women and older. 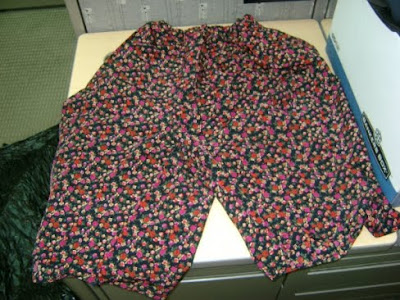 They're also saying she has "markings on her skin – three bluish or greenish dots, possibly tattoos, on the inside lower section of her left arm." I'm speculating, since no photos have been released, that they may be a series of small "Mongolian spots." Most Asians who have them lose them in childhood, but a small percentage still have them in adulthood. It is rare for women over forty-five in South Korea to have tattoos, except for those involved in organized crime, but such tattoos wouldn't be so ambiguous, so I'm guessing that it might be something else.

If her backpack appears dirty worn for a reason other than the crash itself, and especially if she had changes of clothing in it, she may have found herself recently without a place to live (fight with family, etc.). But I'm less certain of that. She could just as easily have been out for a morning walk, as a lot of older South Koreans tend to do.

It is sad that someone might be hospitalized and then die without any of their family knowing, or possibly not even caring. Jane 도씨, indeed.