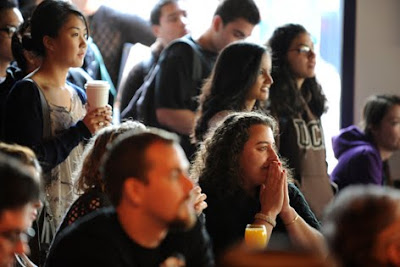 At a time when the University of California is considering raising fees (they don't like to use the word "tuition") by a whopping 30%, the Orange County Register has a poll asking readers whether they want to keep or repeal AB540, which allows "undocumented students" to pay the same "in-state" fees that California residents who are US citizens or permanent residents pay.

While the proposed $1344 increase (15% early next year and another 15% in the 2010-11 academic year) is painful, are "undocumented students" who have grown up in California (and whose parents may have paid income tax and sales tax, despite their illegal status) being scapegoated? Do they represent a significant loss, or does educating them lead to less tangible benefits for society — more educated people in poorer communities, greater assimilation, etc. — that would be had down the road if these "undocumented students" end up staying in California?

It is indeed a contentious issue, with the OCR comments already reaching 350. 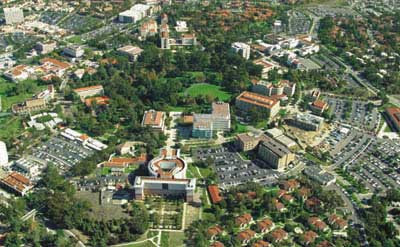 [above: UCI could save some money by not watering so much. I remember jogging in the rain and still seeing the sprinklers running. Or maybe they could make some extra cash by getting Hollywood to make a few more sequels to Planet of the Apes.]