The New York Times is reporting that South Korea topped the rest of the world's twenty largest economies in the percentage of economic stimulus money they spent on green projects.
China came in at #2, but with only half the amount of South Korea:

It would be helpful to know what kinds of projects count as "green" projects. Does river beautification count? 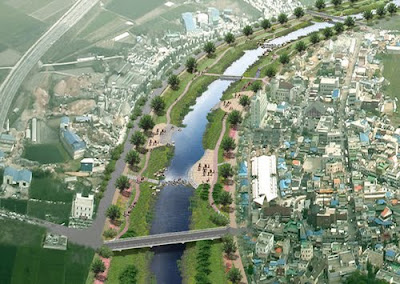