Conceding power to a hate group?

Brian in Chŏllanam-do is mad and he's not going to take it anymore. Anti-English Spectrum, now known as the Citizens' Association for Lawful English Education, is getting positive mention in the Korean press (at least the English-language press) as if they were a regular group of people instead of, as many are calling them, a racist hate group.

Even while reading Brian's post, I started "conversations" with all my Korean-Korean MSN Messenger contacts in South Korea who appeared to be online, and asked them about Anti-English Spectrum.

This one from "S," herself a hagwon instructor in the Seoul area, was typical (note that the times are Hawaii time, so the 11's should be 6's in Korea time, not long after Brian wrote his piece):

[S] says: (11:24:51 PM)
there are many foreing English teachers who belong to the category...that'd be my first impression..

kushibo says: (11:25:41 PM)
What makes you think there are many foreign English teachers in that group? (I'm asking; not saying you're right or wrong.)

kushibo says: (11:26:57 PM)
So you mean that the existence of such a group must mean that there are such bad teachers?

kushibo says: (11:28:27 PM)
It comes up in the media sometimes, and I'm thinking of writing about it, but I want the opinion of Korean-Korean friends.

kushibo says: (11:32:46 PM)
Many people (particularly English teachers themselves) feel that this group (Anti-English Spectrum) spreads a lot of *disinformation* about them in the Korean media.

kushibo says: (11:33:22 PM)
And makes people think that the social problems caused by English teachers are much greater than they really are.

kushibo says: (11:34:01 PM)
They also feel that this group is motivated by racism and sexism, particularly because the leader of the group doesn't like to see foreign guys and Korean women dating.

kushibo says: (11:36:24 PM)
Probably. But what has a lot of people (especially English teachers) upset is that this group seems to have a lot of influence with the press, like the Korea Times and the Chosun Ilbo.

kushibo says: (11:36:46 PM)
And the Chosun Ilbo articles are in Korean, perhaps read by a lot of Korean people.

kushibo says: (11:38:42 PM)
Before I asked you about this, what was your impression of English teachers (as a group, or as individuals)?

kushibo says: (11:38:58 PM)
Did you have any special thoughts on "bad" behavior or anything like that?

Sorry, that got long.

Here's my (slightly self-serving) distillation of what she wrote. Before I asked her about this, she hadn't heard of Anti-English Spectrum or what they do. When I asked her about it, she imagined, well, yeah, maybe there are such bad people, but she doesn't think it's the whole group, since there are stupid people everywhere.

I guess what I'm saying is that this group is not as influential as they are being made out to be. From my experience in earnestly looking into this, it appears that most Koreans haven't heard of them.

That's not to say Anti-English Spectrum shouldn't be dealt with. I think a good case could be made that they're a "hate group," but what they've done recently should be concisely and dispassionately listed and presented in the form of a petition to the Korean Human Rights Commission. Don't make a list of stuff that rehashes things from four years ago; focus on the here and now [edit: I mean, in the petition, except for the particularly egregious things from the past; it's most effective to show that they are a threat now]. And if anyone has truly been damaged directly from this group, that person or persons should be supported in an effort to bring litigation or criminal complaint against the group.

Stop railing about it in the blogs and do something constructive. 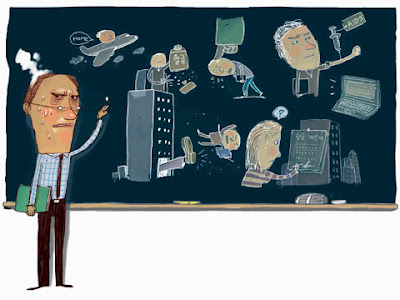 UPDATE:
Brian found this post to be "not exactly flattering," "belittling," and "condescending," and my hasty word choice is partly to blame. In the last step in particular, I meant that something constructive like a formal complaint about Anti-English Spectrum is a necessary next step, not that Brian (or any other blogger) should really stop writing about this topic altogether.
As I wrote on his blog in response, it's good for blogs like his to record a response to their appearances in the press, it's good to detail how Anti-English Spectrum (and groups like it) are in the wrong, and there are some new people who would have never heard of these issues before and need to be informed. Nevertheless, we are no longer at the starting point, and something else must be done.