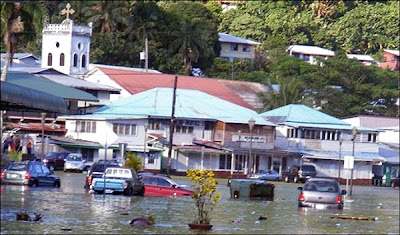 In an update to this post, while Hawaii was spared a tsunami, the Samoan islands were not. At least thirty-nine people died in American Samoa and the death toll is expected to rise:

Cars and people were swept out to sea by the fast-churning water as survivors fled to high ground, where they remained huddled hours later. Signs of devastation were everywhere, with a giant boat getting washed ashore and coming to rest on the edge of a highway and floodwaters swallowing up cars and homes.

American Samoa Gov. Togiola Tulafono said at least 50 were injured, in addition to the deaths.

Hampered by power and communications outages, officials struggled to assess the casualties and damage. But the death toll seemed sure to rise, with dead bodies already piling up at a hospital in Samoa. 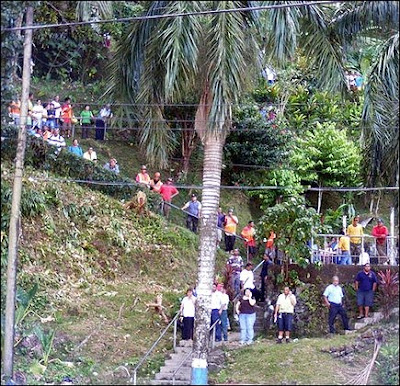 Among the dead were at least two South Koreans, possibly more:

"According to our embassy in New Zealand, two South Koreans were dead and one went missing due to the tsunami generated by the strong earthquake," [a ROK Foreign Ministry official] said. "We are trying to find out whether there were more victims."

The victims include a 62-year-old fisherman, Lee In-saeng, and a woman in her 40s only identified by her family name Shin, the official said, adding Shin's seven-year-old daughter is missing. 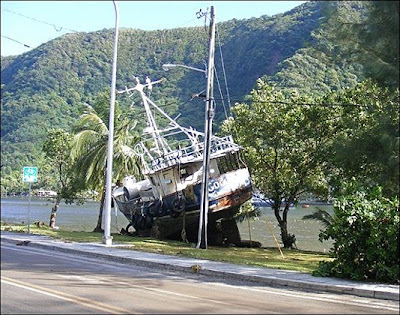 Tragic. I had hoped other places would be as lucky as we were. When I heard that the tsunami watch was downgraded to a tsunami advisory, I had no idea that something like this had happened. Requiescant in pace.