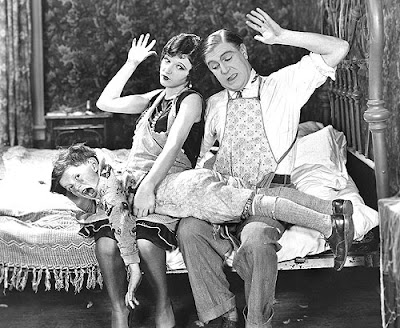 Time Magazine has an interesting article on the association of spanking with lower IQ, including a discussion of whether there is a causative or correlative relationship:

So how might getting spanked on the butt actually affect the workings of the brain? Straus notes that being spanked or hit is associated with fright and stress; kids who experience that kind of trauma have a harder time focusing and learning. In another recent paper that he coauthored with Paschall, Straus writes that previous research has found that even after you control for parental education and occupation, children of parents who use corporal punishment are less likely than other kids to graduate from college.

Still, it's not clear if spanking causes lower cognitive ability or if lower cognitive ability might somehow lead to more spanking. It's quite possible that kids with poor reasoning skills misbehave more often and therefore elicit harsher punishment. "It could be that lower IQ causes parents to get exasperated and hit more," Straus says, although he notes that a recent Duke University study of low-income families found that toddlers' low mental ability did not predict an increase in spanking. (The study did find, however, that kids who were spanked at age 1 displayed more aggressive behavior by age 2, and scored lower on cognitive development tests by age 3.) "I believe the relationship [between corporal punishment and IQ] is probably bidirectional," says Straus. "There has to be something the kid is doing that's wrong that leads to corporal punishment. The problem is, when the parent does that, it seems to have counterproductive results to cognitive ability in the long term."

Everybody's case is different, I suppose, but my fear of getting punished for bad grades caused me to focus even more. The worst onslaught of physical and emotional punishment I ever received was the one time in my life I came home with a C, in seventh grade. So scarring was that incident that I never got anything lower than an A- (in the classes that counted) until college.
Still, one can't help but wonder how things would have turned out had I received more creative punishments. My siblings and I all have reasonably high, Mensa-level IQs (but I refuse to pay dues until they start calling it Peoplesa!), so imagine what we could have collectively accomplished with those extra five points. If only my dad had left the racquetball paddle on the court, we'd have cured cancer by now.
Um, anyway, one does wonder how this might relate to South Korean schools, where various forms of corporal punishment are still alive and well, and where they are sometimes meted out when the the educator is in a state of heightened emotion and exasperation. Do kids end up fearing the teacher and not focusing on what's at hand?
It might make for an interesting study. I'll have to add that to my planned debunking of "four hours succeed, five hours fail" (about how much sleep you should allow yourself if you want to ace the CSAT [sunŭng, or college entrance exam] and get into Seoul National University).
on September 28, 2009