Peter Jennings was a personal hero of mine, and I was saddened when the Canadian voice of American news died. Charles Gibson eventually took over and helped "stabilize" ABC News and its flagship program, but he is finally retiring (he'd hoped to in 2007). 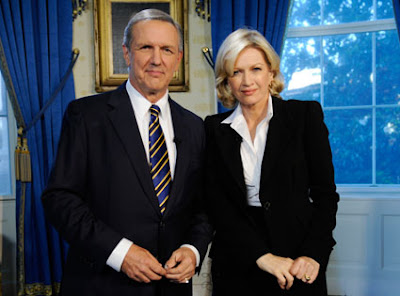 It was recently announced that veteran newswoman Diane Sawyer, most recently of "Good Morning America," will take over the desk after Mr Gibson leaves at the end of the year. Her respective competition at CBS and NBC will continue to be Katie Couric and Brian Williams, who has a decent sense of humor. This is a historic first, where a majority of the "big three" networks have women at the news anchor's desk.
on September 03, 2009