I started this as an update to my earlier post, but I ended up doing a stream of consciousness blogging of Letter From Birmingham Jail the interview at Korean Media Watch.
The poker fiends describe their own arrest (MP3 file found here). It's just rich, starting with the biased-but-whoops-I-shouldn't-be-biased description by the Korean Media Watch representative at the beginning and one of the arrestees' comment that "poker was allegedly being played," as if he didn't know for sure. Ha ha ha... It's only been a minute and already the guy's being self-servingly deceptive. What are the odds he might just say all the stuff that will make him look as much like an innocent victim as possible?

The audio is all kinds of stupid. The supposedly objective "Korean Media Watch" is feeding lines and editorializing, and if it's the interviewer's voice I'm hearing, offering at least a little inaccurate information.

You've got the professional poker player saying that's what he does for a living — bad move. You've got them admitting inadvertently that they have played these games in the past, perhaps regularly, and they have a whole set up (extra decks of cards to replace missing cards) that indicates it's a serious endeavor.

And then there's the whole thing about how "we're foreigners" so we can gamble anywhere in Korea anyway.

Ignorance and arrogance, driving a self-serving justification of having done something illegal. But it should be okay, though, because they're foreigners.

And the interviewer says, "It seems there are some legal differences between North America and here, but also some cultural differences." Nice downplaying, but it's still illegal.

The female interviewee is saying, she hasn't smoked marijuana in 2.5 years but it somehow came up positive.

The other guy hasn't smoked marijuana in six years. And based on his experience with drug tests, the tests may be faulty because they didn't refrigerate his urine right away. I have doubts about this because this is Urinara, where people know urine.
There's a big hubbabaloo about the tests being faulty. There's also a hubbabaloo about treatment from the cops. Frankly, it sounds a bit self-serving, like they're trying to look for a way out from the mess they're in... if justification of their actions doesn't work, then go after the police for being abusive.
I've had several situations where I had to give statements to the police, including one or two times where the policeman in charge thought I had been in the wrong, and frankly the stuff the one female interviewee is saying about the statements sounds a little exaggerated (also, I wonder whether the cops were speaking to them in English or Korean and, consequently, how well the non-native speakers of either language understand it). Anyway, I did stand my ground on a statement that the officer refused to accept or believe and I got my points in the record. 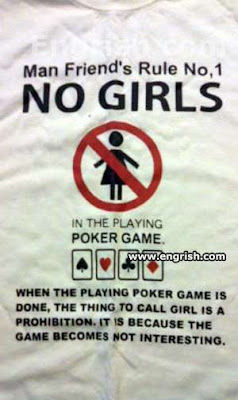 Email ThisBlogThis!Share to TwitterShare to FacebookShare to Pinterest
Labels: The Poker Eight