It's on Fox News, so it must be true. [UPDATE: The Korea Times also has it, so it must really really be true.]
This purportedly happened in Macau, where the fourteen-year-old was with four South Korean buddies. The kid is the son of prodigal son Kim Jong-nam, a man who seems hell-bent on pissing off his dad, so this report may mean nothing except that the global media has decided to make Kim Jong-il and his brood the new Michael Jackson, who himself was the new Princess Diana. Perhaps it's a good thing that the paparazzi's ability to literally hound famous people to death is being directed at the Dear Leader.
Seriously, though, given Kim Jong-nam's status as on the outs with his family, it's not clear if this really is of any substance at all, except to demonstrate how obsessed with North Korea some western media has become.
The boy's father paid $1400 for the tickets to see 비 — and that to me is the most shocking thing in the article. I hope they were Hong Kong dollars. 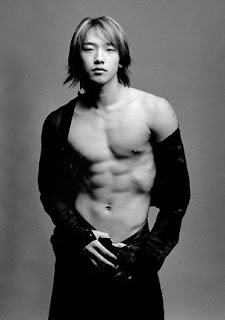 [left: "Bi" was once short for "biracial relationship with bisexual Megan Fox," but now it can mean "bi-Korean friendship." Really, who was the genius who told him to Romanize his name as "Bi"? "Pi" would have been better, or "Bee," but probably not "Pee."]
[below: Justin Timberlake, also known as "The American Bi." His status as the US counterpart to Rain contractually obligates him to pose for hundreds of photos each week with his shirt off. Oh, and let me be the first to say: "Photoshop!" Oh, and please excuse the blog while I try to shift to an entirely different dynamic of young, heterosexual women.] 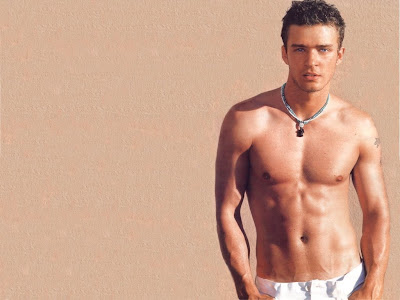