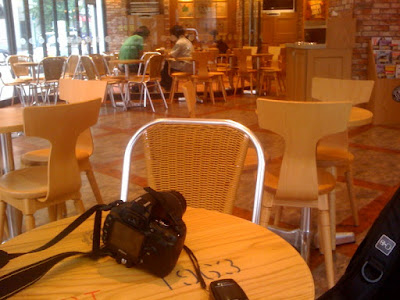 In the twelve months I've been gone, CB has dramatically expanded in Seoul. They seem almost as ubiquitous as Starbucks and McD's. That's good, since I love their vanilla lattes.

But what's bad is that they've systematically removed or covered each electrical outlet in their shops! Where am I supposed to go and spend four or five hours at a sitting doing work and blogging to avoid doing work?!