As The Grand Narrative alerts us, LG has some ads for it's Cyon "Black & White" phones that feature a White woman and a black man. 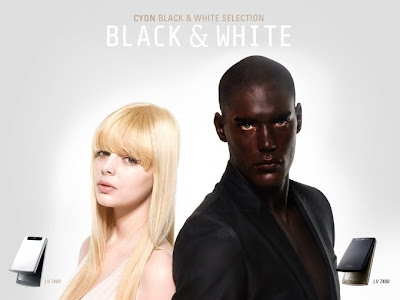 Please note how I did not capitalize black, as I customarily do, because I'm not referring to the race or ethnicity of the man: He is a White made up to look Black, possibly. Or at least black, definitely.

It is hardly surprising that this would raise eyebrows with someone like The Grand Narrative blogger, James Turbull. No big shock that it would even offend. Indeed, TGN's comments section is full of critical comments. Commenter islets writes:


its definitely something that would have been unacceptable here in US .

And this is where I come in. Are you sure about that? Do a Google image search for Rose Wurgel blackface and see what you come up with. 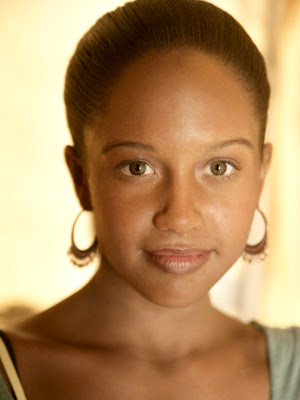 You might have encountered this picture of Rose, who was the daughter in a show called "Black. White." on Fox Television around the time I came to Hawaii. Making Whites look like Blacks and vice-versa featured crucially in this program, though the intentions were good.

And that brings us back to LG: What were their intentions? Were they trying to mock Blacks? Were they disgusted by the idea of making a Black person look attractive as the central figure in the ad? Maybe they were not trying to find a Black person but a person who looks blackish (just like that White woman is almost snowy pale).

At TGN, they are speculating on why a White person was made up to be Black/black, and I could do the same, but it's pointless unless you contact LG themselves and ask them what was up.

That's right, ask them. Don't put them on the defensive; just ask. And then, after their rationale, explain to them that they made a huge marketing faux-pas and that they should yank these ads posthaste.

Because even if no bad intentions were there, the fallout is far too great. Even if no malice was intended, the ad is extremely problematic.

But let's not kid ourselves. It is problematic primarily because of American problems with blackface in the past. Korea did not invent "Amos & Andy" and does not have — nor do many of the people in South Korea particularly understand — the cultural baggage associated with it. Blackface was a way to keep Blacks out of mainstream entertainment and, moreover, it was a way to mock and ridicule Blacks in a way that was used to justify the segregation, anti-miscegenation laws, and general discrimination faced by Blacks in the early and middle 20th century. 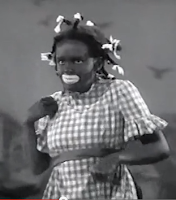 [UPDATE 3 (March 2012: This video seems to be down, so I'm going to link to the same thing on YouTube. Ironically, it is Bing Crosby and his band made up as Black folk singing about... wait for it... Abraham Lincoln! As a bonus, here is Judy Garland — she of Wizard of Oz fame — doing blackface in 1938.]

And to be fair, it can be very confusing for companies outside North America to recognize what's okay and what's not. Functionally, what is so different from this model made out to be Black from the Wayans Brothers, as Alex mentions, dressing up as White chicks in the movie White Chicks? [Or, for that matter, Robert Downey Jr's character in the parody Tropic Thunder, as Left Flank mentions below.]

And when the likes of Bing Crosby is dancing around in blackface in a classic and still beloved movie, how are Koreans (or Japanese, Taiwanese, etc.) supposed to pick up that it's bad. America changed the rules of its game and Korea didn't get the memo. (And many Americans didn't get the memo about yellowface either, for that matter.) 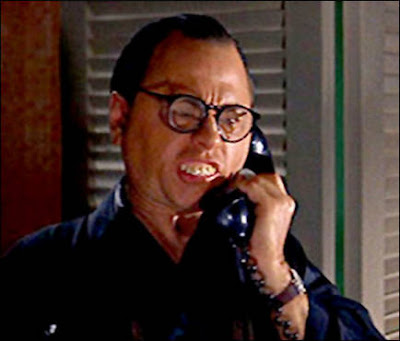 This is not the same thing as depicting Blacks or Africans as near-naked natives, so how would you explain to a Korean advertiser what the rules are? It all comes down to explaining that in America we don't do that anymore, and then explaining why. (And frankly, one or both of the models should have spoken up, if they were North American.)

Not being an American company, LG has not been a part of that at all. But if it's going to market to the masses, it has to recognize such cultural concerns, and now the ball is in their court. To not pull the ad now would be gross cultural insensitivity.

This, by the way, is what Rose Wurgel looks like without blackface: 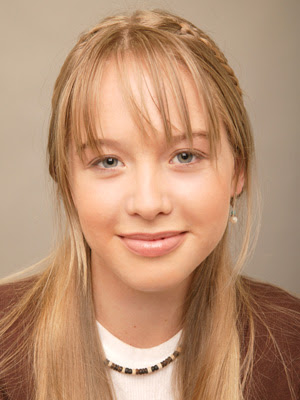 Frankly, I like her better as a Black person (though she's cute enough in her "normal" look), but my preference may be because her hairstyle and look sort of reminds of my ex-girlfriend back at UCI.

UPDATE (September 13, 2009):
Someone commented on this Japan Probe post with a link to this here Monster Island post, citing it as an example that it's not only the Japanese who are guilty of employing blackface.

UPDATE 2 (June 26, 2010):
A post on the use of darkening makeup and race-bending on America's Next Top Model brings to mind some of these points all over again.

UPDATE 3.5 (March 5, 2012):
I've linked to this post several times as the issue of blackface (this time on MBC) has come to the fore again. You can read about it at Popular Gusts, Roboseyo, Eugene is Huge, Eat Your Kimchi, Expat Hell, and The Unlikely Expat.