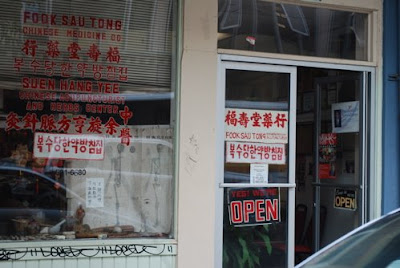 A sign of Honolulu's own ethnic diversity, but also an indication of how increasingly dominant the Korean immigrant population is becoming. This is on King Street, in the heart of Chinatown, a bit of a ways from the areas of Honolulu close to Ala Moana where Japanese and Korean shops coexist side by side in large numbers. Indeed, I suspect the Korean-language signs are more geared toward tourists than Korean-speaking local residents.
on July 26, 2009