What's wrong with South Koreans? Why don't they love people who hate them? 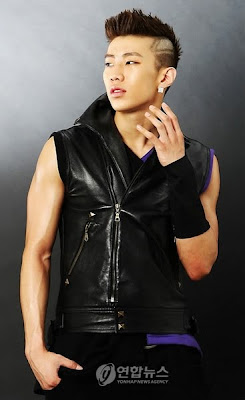 [above: Park Jaebum is not gay. If you think that lipstick and make-up is gay, then ur gay! And he's also not taking steroids. Those veins coming out of his arms are because of... well, it's not because of steriods.]

Here's a bit of advice for people trying to become famous: Don't write things that will bite you in the ass later on. And especially, don't write them on a social networking site such as MySpace, Facebook, Cyworld, etc., etc.
Most public service announcements like this are for ex post facto purposes (Latin for locking the barn after the horse has escaped), like the AFKN spot about not shaking vending machines to get your *&$%# change out because they might fall on you: Somebody did in fact try to tilt one a bit to the side and, well, you can guess the rest. (true story, I think)
And this public service announcement about not saying things like "Korea is gay! I hate Koreans," in such a public forum as MySpace is brought to you courtesy of Park Jaebum, the lead for Park Jinyoung's boy band 2PM.
You see, about four years ago, when he was trying to make it in the Korean entertainment scene, he was having problems. And so he lashed out. At a whole country.

“Korea is gay. I hate Koreans.” 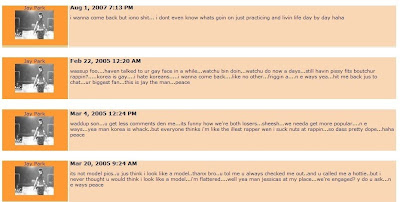 He has since apologized, but a lot of people aren't having it and he's losing gigs he was forced to quit. (There are only seven members in the band... who saw that coming?) The people he dissed are disgusted that a guy who despises them and their country so much just came over to do a buck make a buck. A lot of bucks, apparently.
But why wouldn’t they want to forgive him? Seriously, what is up with South Koreans and their narcissistic tendencies, where everyone has to love them and nobody must hate them and they don't like the people who do hate them?
So the guy hates you and thinks your country is gay, is that any reason to stop buying his records and making him famous and setting him up in a lavish lifestyle while you live in a windowless koshiwon? What the fu¢k does that say about you, you narcissistic fu¢kwads?! 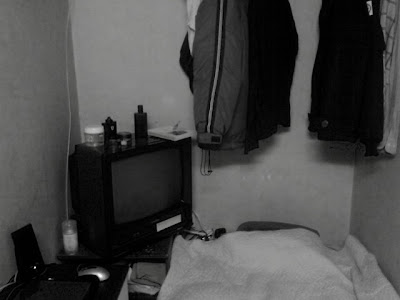 South Koreans should be all about the love, because with cultural icons like Cho Seunghui and June Kyoko Lu, they sure as hell hate you. Moon Bloodgood is American, bitches!
You need to learn to love unconditionally and embrace all, even those English teachers who come here, get drunk in public and start screaming about the piercings in their nether regions and how much they love a particular sex act, followed by grinding up against a large wooden pillar while simultaneously slapping it with the palm of her hand and faking an orgasm.
Why don't you accept the whiney expats who show you how enlightened they are by subjecting you to an hour-long bitchfest about what the hell is wrong with your country whenever you meet them?
Instead of detesting them, you should love them with all your heart. Can't you see? They're reaching out for love. Especially the one doing the grinding against the pillar. She really needs love.
But instead you show your hate for them. You show you despise them by telling them that they've misinterpreted this or that or that or by reminding them that not every person in Korea is "a douchebag" like their boss or that taxi driver who berated them for sloppily making out with their s.o. of the week in the back seat of his vehicle when coming home from clubbing at 2 a.m.
What's wrong with you, South Korea? No wonder Park Jaebum hates you.
There's no hope for you. Your wicked ways will soon be all over the Interwebs. 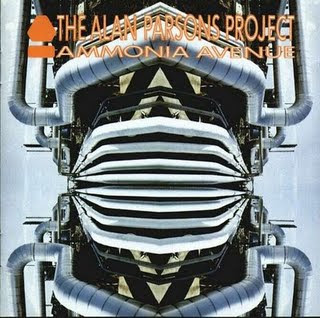 [above: Until the late 1980s, the Interwebs was actually made up of aluminum-tubes.]
Seriously, though, while it was incredibly stupid for Park Jaebum to write that in a public forum if he was trying to be a public figure (e.g., an entertainer), let’s chalk it up to youthful indiscretion (the catch-all phrase for anything that happened last year or earlier). I sincerely hope Park Jin-young stands up for the guy.
And to be honest, I hate the way that people go and try to dig up dirt on other people, and especially the way they go after celebrities, as if their private lives are fair game. I said as much here, even about someone whose public persona I quite despise.
Oh, and Jae, drop the homophobic bluster. It's trite and offensive.
on September 08, 2009