You must understand the kyopos who hate you

The Korea Times brings us a byline-free piece admonishing South Koreans for not understanding poor, misunderstood kyopo from New Jersey who might offend us with their colorful Jerseyisms:

Pop idol Park Jae-bum, the leader of 2PM, put himself on an airplane heading to the United States as if he were ordered to leave Korea for this controversial remark, which some people perceived derogatory toward South Korea. 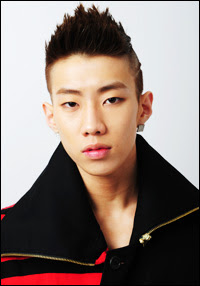 South Koreans perceiving "I hate Koreans" as derogatory? How overly sensitive can you get?!
[right: Still not gay. But ur you are.]
Puh-leeze! The thing gets into a bunch of psychobabble that is trying to defend Park Jaebum by enabling a bunch of self-loathing Korean-Americans. For example, it quotes a blogger who writes that, "Among Korean Twinkies, there is a culture that if you don't look down on Korea, you are regarded as a nerd."
Imagine if there were, say, an article about non-kyopo bloggers in Korea trash-talking Korea. How sympathetic would the KT be then, telling us we need to understand that in, say, ESL culture the NSETs have to show much they despise Korea or else they won't look cool?
Look, if you like his music, fine. But show some consistency. Brush off the crap he said as youthful indiscretion or even none of our business because it's an invasion of privacy, but don't try to explain it away. It was obnoxious, even despicable (considering he's trying to make loads of cash from people he loathes), but not justifiable as kyopo angst.
on September 13, 2009