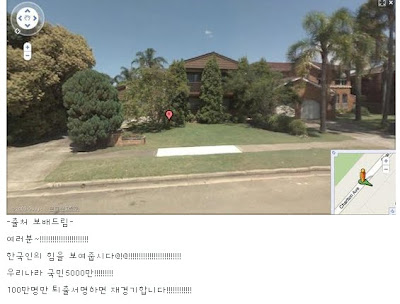 During the Vancouver Olympics, some Korean netizens were so enraged at Jim Hewish, the judge who disqualified the South Korean team women's relay team in 2010 and Kim Dong-sung in 2002, that he got police protection both in Vancouver and in Sydney. Indeed, his address and a picture of his house had been put online by some of those same crazed Netizens, and there were legitimate fears for his safety [above image stolen from Brian's site].

I was reminded of that today when I read in the Los Angeles Times that Democratic supporters of the controversial healthcare that just passed have apparently been targeted. In some cases it's verbal assaults — racist and homophobic comments — but some of it is far more severe:


One of the most serious incidents involves a severed fuel line at the home of the brother of Rep. Tom Perriello of Virginia. The cut line was discovered the day after tea party activists posted the address online. The incident is being investigated by the FBI.

“My No. 1 priority right now is ensuring the safety of my brother’s family, and I am grateful to law enforcement for their excellent work,” Perriello said in a statement Wednesday afternoon.

“While it is too early to say anything definitive regarding political motivations behind this act, it’s never too early for political leaders to condemn threats of violence, particularly as threats to other members of Congress and their children escalate. And so I ask every member of House and Senate leadership to state unequivocally tonight that it is never OK to harm or threaten elected officials and their families with anything more than political retribution. Here in America, we settle our political differences at the ballot box,” he stated.

This goes beyond the pale, and I don't think it's out of line to blame the pundits — particularly those online or on the air — who use extremist rhetoric to describe their political foes as an un-American, anti-American, Marxist or Stalinist enemy that must be destroyed. Really, what the hell country is this?

Email ThisBlogThis!Share to TwitterShare to FacebookShare to Pinterest
Labels: Obamacare