Discussion: What should Seoul do if it was a North Korean mine torpedo? 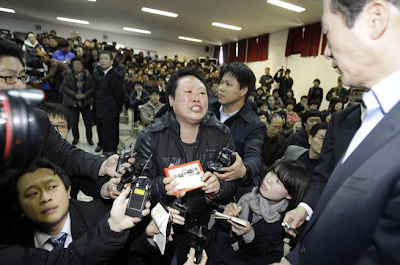 The authorities are becoming more and more convinced that the sinking of the Chonan was the result of a mine, though they're not yet certain if it was a North Korean mine and, if it was, whether it was a recently laid mine.

But for the sake of discussion, let's say that it was in fact a recently laid North Korean mine, either one deliberately sent to the waters around Paengnyŏngdo Island or one that accidentally drifted off that way: In such a scenario, what should Seoul's response be?

Would it be prudent to choose a military target and go after it? If so, what kind, where, and with how much strength? Should the goal be to punitive, to teach Pyongyang not to do this again, or should the aim be to topple the regime or at least cause turmoil? Should any attack be done while Kim Jong-il is away in China?

Or should economic sanctions be the way to go? If so, what kind and for how long, or would they be "permanent"? Should South Korea go to the UN and complain there?

What questions am I missing?

UPDATE (April 23, 2010):
It looks like the military is ready to conclude that the Chonan was sunk by a North Korean torpedo.