It's a Yonhap news day today, which means almost all the stories are from Yonhap. Seriously, AP, Reuters, the New York Times, the Los Angeles Times, the Washington Post, UPI, etc., had nothing today on Korea. I guess all the crooks and liars are staying inside because of the yellow dust and thus are not making news. 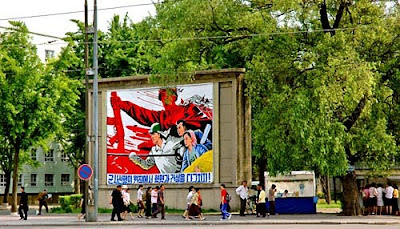