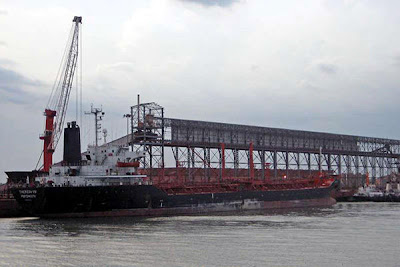 Reuters is reporting that $3.5 million was paid to get the chemical tanker Theresa VIII and its crew of twenty-eight North Korean seamen away from Somali pirates after four months.

That's a lot of cognac, and it makes me wonder a couple things. First, who exactly paid this money, how, and through whom? Admittedly, Theresa doesn't sound like the kind of name for a ship owned by godless communists, much less the name of a whole fleet of them, but anything's possible, especially if they're trying not to look like a North Korean vessel.

But if it's not a North Korean ship, who's hiring them? We've got North Koreans renovating (or not renovating) World Cup stadiums, so why not being on board other countries' vessels?

And my second question: If this is a DPRK vessel, then what are the Somali pirates doing right that we're not? It's very hard to get a cash flow out from North Korea; usually it's going in, from South Korea, China, Japan, and even the US.