For visitors to the Great Fright North, there's just no pleasing the DPRK regime. If you're a South Korean tourist taking a pre-dawn stroll, you get shot. If you're just popping in for a few seconds to pick up souvenir rocks, you get a twelve-year jail sentence and a former president has to fish you out. If you walk in and demand that the head of North Korea step down, they throw you in jail and torture you with women groping you.

And even if you've decided that North Korea is some great paradise, and your own country sucks because they might send you to fight in Iraq, and instead you'd like to work for the Nork army, etc., etc., then the regime in Pyongyang still doesn't want you. In fact, one such Bostonian is finding out that they might just bounce your arse into a kangaroo court, which will put you on trial for illegal entry.


North Korea said on Monday it will put a 30-year-old U.S. man on trial for illegally entering the country.

The man is likely the U.S. citizen the North has held since January after he supposedly entered the reclusive state from China, South Korean government officials told local media.

The North identified the man as Aijalon Mahli Gomes, adding he was from Boston. His "crime has been confirmed," its official KCNA news agency said without elaborating.

North Korea has used detained American citizens as bargaining chips with the United States and the trial announcement comes as Washington has been putting pressure on Pyongyang to end its year-long boycott of nuclear disarmament-for-aid talks.

In previous cases, the North has typically released Americans a few months after their capture.

Earlier this month, North Korea allowed diplomats from Sweden, which represents U.S. interests in the state with which Washington does not have formal diplomatic ties, to visit the U.S. citizen detained since the start of the year.

The United States has provided few details about the case.

South Korean news reports have said the border-crosser entered the socialist North because he no longer wanted to live in the capitalist world.

If only he'd waited until yesterday, he could have had socialism right in the USA. I kid! I kid! 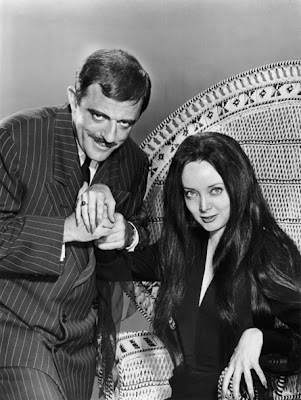 [above: First Cousin It, and now Gomes. My prediction is that Uncle Fester will be the next to visit the Workers' Paradise.]

Anyway, on the off chance that North Korea was making this case up or they got the guy's name horribly, horribly wrong (The tip-off for that idea? The guy's name is Aijalon Mahli Gomes!), I went to the Boston Globe to see if they knew anything about the defector with the colorfully diverse name. They did, sort of:


A Boston man detained in North Korea is about to stand trial for illegally entering the country from China.

The North's official Korean Central News Agency said in a brief dispatch Monday that it has decided to indict Aijalon Mahli Gomes.

The dispatch says the man was born in 1979 and resided in Boston before coming to Asia and being detained.

Gomes' family did not want to talk about the incident, but a family spokesperson said everyone is praying for Gomes and they are looking forward to his return home.

The boston.com story (actually from local CBS affiliate WBZ) sounds vaguely like they had no idea who this guy was until the North Koreans said his name, and that makes me wonder about the legitimacy of some of the details here. I mean, even if the Gomes family was quietly praying for their son's safety, wouldn't the media have been informed with more information about who he was, say, two months ago?

Anyway, for Americans the take-home message from all this is the following: Don't go to North Korea, not even to defect. Whether you're Euna Lee and Laura Ling, Robert Park, or now Mr Gomes, you will become a bargaining chip, costing the US hard currency or political capital. Just say No go! to NoKo.

UPDATE:
I have been trying, with no luck, to find pictures of the actual Mr Gomes, but GI Korea at ROK Drop has some links that indicate he may have been a teacher up in Uijongbu. If that's not an assignment that will drive you crazy...

Some of the commenters at ROK Drop claim to have known him, saying he worked for an elementary school in the area and he was quite religious, even a friend of Robert Park.

If that's true, then what’s up with Mr Gomes reportedly saying then that he wants to work for the North Korean army? I guess that would have to either be a lie on the KCNA’s part back in January (certainly not a stretch of the imagination), but it could be a ruse on his part, which could explain why he’s now on trial. In fact, I'm more inclined toward the latter explanation at this point, knowing how KCNA propaganda works best when it's closest to the facts.