Don't expect this to happen with Tokto anytime soon 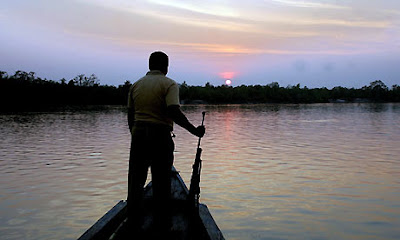 It seems a dispute over a small island between India and Bangladesh that first emerged from the sea in the 1970s has been resolved: the island sank back into the sea. Some say this is because of rising sea waters, which are attributed to global warming:


Global warming appears to have finally resolved a dispute that gunboats never could: An island midway between India and Bangladesh that became a catalyst for military threats in the 1980s is now submerged under the rising sea. The Bay of Bengal island, which India called New Moore Island and Bangladesh referred to as South Talpatti, has ceased to exist, the Jadavpur University's School of Oceanic Studies declared this week.

Sugata Hazra, director of the program, said he started looking at satellite imagery recently after reading news reports that the island, which peaked at 1.3 miles long and 1.1 miles wide, was actually becoming larger. Close examination failed to reveal anything. He then checked with local fishermen.

"They confirmed the island had gone sometime back," he said. "We raised the alarm that we'd better take stock of how much loss is occurring."

The tiny island was first noticed after a severe cyclone in the early 1970s. Both countries soon laid claim amid speculation that there might be oil or natural gas beneath its sandy shores.

Now lest you think this would be a good solution for the competing claims on the Korea-held Tokto Islets, bear in mind that the kind of rising sea level you'd need in order to put Tokto under the surface would also submerge hundreds of millions of people in places like Los Angeles, New York City, almost all of Florida, a huge chunk of Europe, and pretty much all of Bangladesh, just off the top of my head.

Plus, there's nothing to stop a dispute about geographic features that are underwater anyway, witness the case of China's stance on Iǒdo (Ieodo).

Email ThisBlogThis!Share to TwitterShare to FacebookShare to Pinterest
Labels: Tokto