Oh, my effing Lord, it's worse than I thought. I made a glib reference to the Irish potato famine in this post on Denny's offer of unlimited pancakes and fries (and I still don't get that), but I had no idea how deep this went: Irish-Americans are up in arms about an ad Denny's has been running in relation to the offer, one that makes light of the death of a million people in the 19th century during the aforementioned Irish potato famine:


Until they fully explain themselves and make a decent apology, I still believe any Irish American with a trace of pride in their heritage will support a boycott of the Denny's restaurant chain after their disgraceful Irish Famine ad currently running on television.

They had announced that in celebration of the 150th anniversary of the end of the Irish Famine, they would be offering unlimited pancakes for customers. Yes, you read that right.

One million people starved to death in the Great Famine, one million more fled Ireland, most to America. To make fun of the greatest human tragedy of the 19th century in Europe is unpardonable. Whoever created the ad, whoever approved it, whoever decided on it it should go on television should be fired forthwith.

Will Denny's also feature an ad joking that they are also offering pancakes in celebration of the end of the Holocaust and the deaths of six million Jews? Perhaps they can celebrate Armenian Genocide Day with some free pancakes as well.

Remember, this is the company that lost a massive suit because of the way they treated African American customers and staff.

What would you expect from a pig but a grunt? 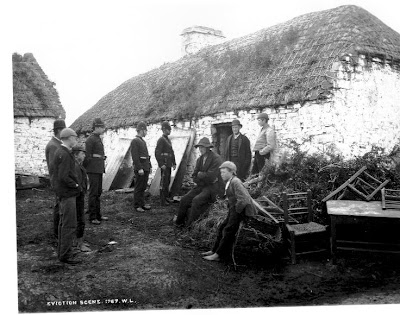 And they do make a valid point. Maybe there's no statute of limitations for the mass death of so many people. I can't imagine, post-DPRK demise, that making fun of millions of North Koreans starving to death would be considered copasetic.

It also serves as a reminder that it's not just Koreans who get sensitive about past wrongs. But then again, the Irish are the Koreans of Europe.