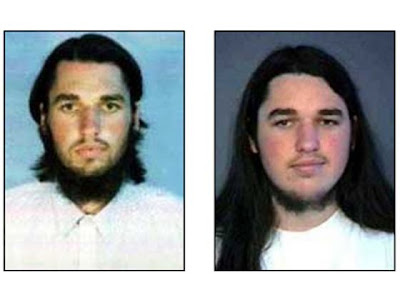 Adam Gadahn, the former Orange County resident who became famous as "the American al Qaeda," has reportedly been arrested in Pakistan.


Conflicting reports surfaced Sunday that Adam Gadahn, the American-born spokesman for al-Qaida who converted to Islam at an Orange County mosque, may have been arrested in Pakistan but U.S. sources refused to confirm the news.

Gadahn, 31, who also goes by the name Azaam the American, was arrested by Pakistani intelligence officers in the southern city of Karachi, according to The Associated Press, quoting two officers and a government official. Earlier Sunday, Gadahn, considered al-Qaida's chief public spokesman and reportedly the head of the terrorist organization's broadcast arm, appeared in a video urging U.S. Muslims to attack their own country.

The FBI has not confirmed the reports of an arrest, said Laura Eimiller, a spokeswoman in the FBI's Los Angeles office.

Gadahn grew up on a goat farm in rural Riverside County and moved to Santa Ana to live with his grandparents, the late Dr. Carl Pearlman and his wife, Agnes, in the mid-1990s. It was here that he learned of Islam via the Internet and later fell in with a radical sect at the Islamic Society of Orange County.

Richard Nixon, Walt Disney, and now Adam Gadahn. What a rogues' gallery we've got in the OC. Um, anyway, this is definitely something the OCR has been on top of. When you've got a sect of Islam that's so radical it converts Jewish kids into terrorists, that's a pretty radical sect you've got there. 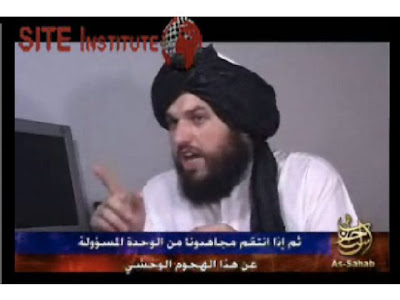 [above: Adam Gadahn does his al-Carnac the Magnificent routine on Al-Jazeera's Late Night Islamist Comedy Hour: "Zionists, the Paris metro system, and Salman Rushdie... Name three things that will burn in hell as infidels."]

Anyway, I'm glad they caught him. And Joshua Stanton would like to waterboard him.