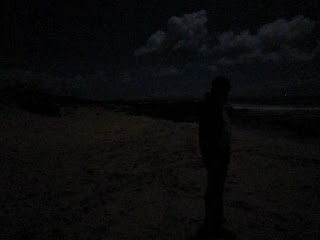 [above: This is me at Sandy Beach on Taeborŭm.]

So Saturday was Taeborŭm, the first full moon of the new year on the lunar calendar. If you're not familiar with Taeborŭm (대보름, also spelled Daeboreum), this is how North Korea's KCNA describes it:


The Korean people have celebrated the January 15th of the lunar calendar as a holiday from ancient times.

According to old records, it began to be observed as a holiday in the period of the three kingdoms.

Usually they celebrated the holiday from the January 14th of the lunar calendar.

The holiday's typical amusements are standing poles with grain stalks on the 14th and enjoying the first full moon on the 15th to wish for everything going well that year.

Kite-flying, toy pinwheel, tug of war and other folk games and amusements also give a zest to the holiday.

Holiday dishes are boiled rice admixed with four other staple cereals, sweet rice, dishes made of nine kinds of dried edible herbs and other tasty and nutritive food good for health.

Good to see the DPRK so concerned about North Koreans' good health and nutrition. Other than that, this was about as propaganda-free a piece by the KCNA you'll ever find, so I thought I'd reprint it, just to encourage them to keep at it.

Now Kushibo did not spend his Taeborŭm traipsing around in the freezing cold. This is Hawaii and we have no cold... except for tippy tippy top of a few mountains off to the east. And the library. God, do I hate the library. But we do have a full moon, perfect for Taeborŭm moon-viewing, which is what I set out to do (especially since there was no five-grain ogok rice and we had to settle for white-and-brown hapa rice).

If you're in the Honolulu area on a full moon, Sandy Beach is an idea place to go and see the full moon. It lights up the night sky, and its reflection glistens on the foam of the waves. Because of the geographic features of Pacific islands, clouds often accumulate over land (this is how the Polynesians found them) and the light of a full moon (which is over the ocean) radiates off the clouds (skirting the land), bringing even more light to night sky. 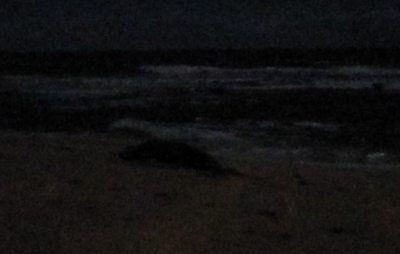 This time we were walking along the beach and, guided only by the moonlight, walked right past some warning signs that usually aren't there. Lo and behold, about five short steps away, the big rock turned out to be a large Hawaiian monk seal.

The HMS is an endangered species, but I suspect if we'd gotten too much closer we might also have become an endangered species. We quickly got back, beyond the perimeter formed by the warning signs, and observed the darkened blob laying out on the white sand of Sandy Beach (which, despite its name, is full of rocks, making me suspect it was named by Vikings). 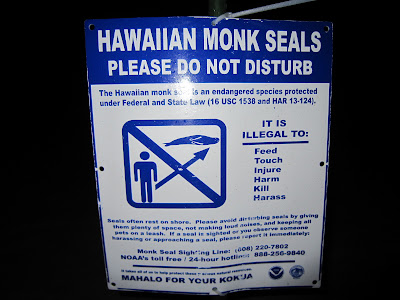 Lest you think I'm blind or stupid, the warning signs were not lit up by camera flashes as in the photo above.

We stood there for a while, observing the HMS Motionless, wondering if in fact it was dead. That was a thought we all had. Did I forget to mention? This was the day of the tsunami warning (that's right, Kushibo does things like heading for the beach hours after a tsunami was expected), and while the tsunami warning was the H1N1 of tsunami warnings — a whole lot of preparation for a whole lot of nothing — it did cause swells large enough that it could have caused a monk seal just swimming around peacefully looking for a shellfish to bang on a rock (oh, wait, that's otters; I don't know what monk seals do) to end up crashing on the sharp outcrops of the inaptly named Sandy Beach.

But it would seem odd, we thought, for the HMS protection services to cordon off a dead animal; were it to have died, I think they would take it away for study to make sure some pestilence isn't being visited upon these gentle or not gentle creatures.

Cordoning them off is what they do when one of them lands on the beach. These protected behemoths pick a spot, lay themselves out, and someone puts out signs saying don't touch them, don't make loud noises around them, don't disturb them in any way, shape, or form. When I eventually have kids, I'm going to adopt this model for myself: Stay the holy frack away from Dad; don't even think about moving beyond those signs. And for good measure, I will occasionally bark at them in the manner of giant marine mammals.

Eventually, one of us saw the HMS lift its head. Or its tail — it was dark. We were relieved that it wasn't to be carrion, and so we ourselves decided to carry on.

It was 72°F that evening. I hope you also had an enjoyable Taeborŭm, wherever you were. 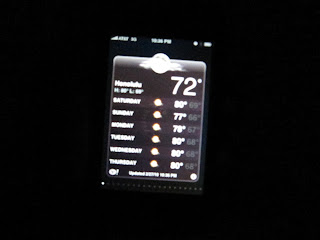