Okay, then. We've got the UN envoy heading to Pyongyang to talk denuclearization, while the North Korean envoy heads off to Beijing. Meanwhile Beijing asks Kim Jong-il to pay a visit... Is it me, or is this sounding like a bad sitcom episode? Anyway, I wonder how things would play out if the Dear Leader really were to head to China.

With dissent over the Great Currency Obliteration of 2009 and the government acknowledging how badly they mucked things up (not to mention with the designated heir Kim Jong-un said to have been in charge of that muck-up), Pyongyang may be ripe for a coup. 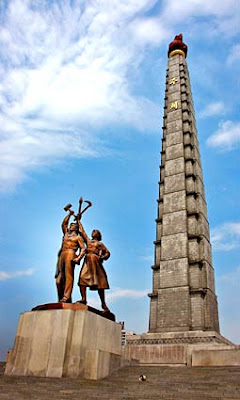