S.O. got PMS? Poke her with a needle

Hey, don't blame me. It's Kyunghee University that's saying this. From Reuters: 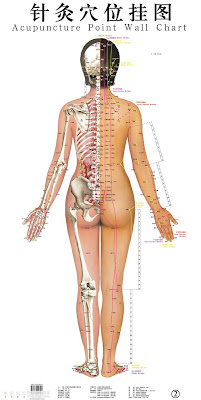 In a review of 27 studies that involved nearly 3,000 women, researchers from the Oriental Hospital at Kyung Hee University Medical Center in South Korea found that acupuncture may be more effective than drugs or herbal medicines.

"There is convincing evidence on the effectiveness of using acupuncture to treat pain as it stimulates the production of endorphins and serotonin in the central nervous system," the researchers wrote in a statement.

And Kyunghee University would have no self-interest in highlighting the benefits of "Oriental medicine" now, would they?

Ah, I'm just being cynical. Actually, I see the merit in acupuncture as a form of pain relief and possibly as a treatment for some other things. Herbal medicines may also have some effect (much of Western medicine has similar origins, by the way), but I'm not sure I believe in the whole ki thing.

Anyway, when it comes to making your wife and/or girlfriend feel better, poke away.