Just two days shy of her twenty-first birthday, South Korea's Lee Sanghwa won the gold medal in the women's 500-meter speedskating event. In a sport with very small margins of victory, she was only 0.05 seconds faster than the silver medalist, Jenny Wolf of Germany.

Not only is Lee Sanghwa the first South Korean woman to medal in Olympic speedskating, she's the first Asian female to do so. Good on you, Ms Lee.

While I'm at it, here's the NBC Olympics site's pre-Olympic rundown of South Korea's medal prospects. 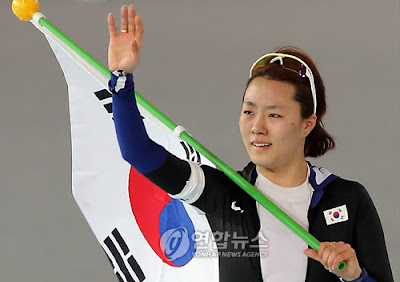