Yep, it's all right here:

More than 60 percent of the $10 billion investment would come from the Chinese banks, Yonhap reported citing an unidentified source it described as knowledgeable about the situation at the North Korean investment agency.

No matter how you fry this up, it doesn't smell good. On the one hand, the talk of investment in railroads, harbors, etc., sounds like the PRC is creating their own little Manchukuo puppet state or something. At the very least, the need to secure their billions of dollars in infrastructure could give Beijing the excuse they need to send in the PLA should the DPRK ruling apparatus get ousted.

On the other hand, this time it looks like it's Beijing that's rewarding Pyongyang for its brinkmanship (as opposed to the Washington, Seoul, and Tokyo — the Axis of Feeble). Maybe this time, after the disastrous currency revaluation, the PRC leadership really is worried that the North could implode, and the last thing they want is a democratic and US-friendly government at their doorstep. 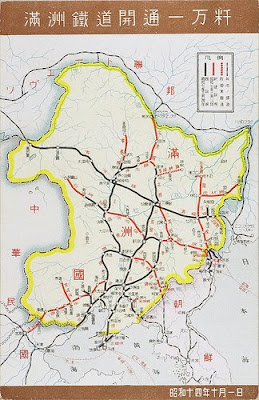