Well, there's not much news except for sports, there being two major athletic events going on (take a wild guess), plus all the "controversy" around some of that. And between the New Year's holiday, the Olympics, and all the traffic and snow, the criminals, politicians, and drunk-getting, student-fondling, bribe-taking education officials are all glued to their TVs and not making news. 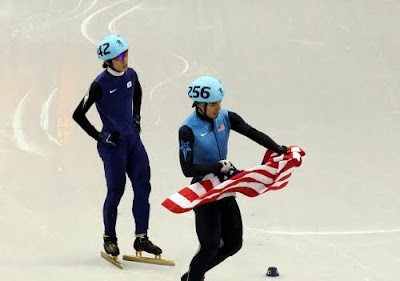