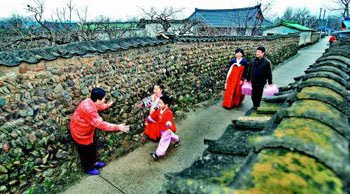 I snagged this photo, taken in Kangjin-gun County in Chŏllanam-do, from the Donga Ilbo. I thought it summed up the holiday nicely. What else sums up the holiday nicely? All the major news agencies in Korea — except Yonhap — going on hiatus. But this being a three-day weekend and all in the US (it's Presidents' Day!), there's not much going on with Western news agencies, either.

Happy year of the tiger! (And you thought that was last year.) 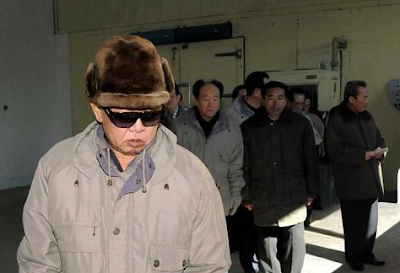