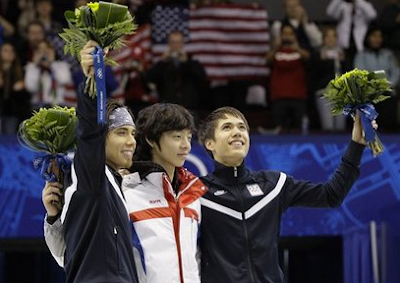 [above: Ohno, Lee, and Celski after their silver, gold, and bronze, respectively. Lee avoids touching Ohno, because he's got smugness cooties.]

Okay, time for a little redux on this. 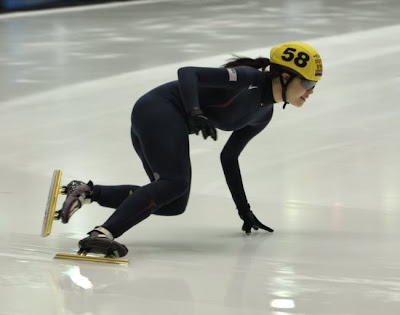 [above: Female skaters are so much more fun to look at than the males.]