Thought of the day

I like WeikuBoy, but the deuce he dropped today just really stunk:


It occurred to me at dinner this evening that the last three wars the U.S. has fought* involved fighting against armies from the four principal Confucian nations: China, Japan, Korea, and Vietnam. It’s probably just a coincidence.

* WeikuBoy remains hopelessly stuck in pre-9/11 thinking and is unable to accept the War on Terra and the Military-Industrial Corporate Police State that is fighting it (sort of).

Sorry, WB, but the asterisk doesn't let you off the hook with claims of tongue-in-cheekiness: You either claim the Confucian connection or you don't. If you do, then you are betraying your tendency for gross selectivity when making an argument. If you don't, well then you just made a statement that you yourself know has no real basis whatsoever.

The former, sadly, is an all-too-common notion used in formulating arguments today: If you ignore (or don't count) all the cases where x isn't true, then it's obvious that x is true (all the time).

I think one thing that contributed to this begging for comment from me is that recently someone pointed out that "all our recent wars" (i.e., the ones WeikuBoy selectively chose to ignore in order to make his point) "all involve Muslims," which was to him a sign of the rise of Islamofascism and "the clash of Christian and Islam civilization." 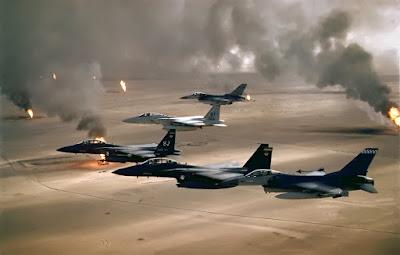 The Gulf War, the War on Terror, the Afghan War, Gulf War II, and the Occupation of Bosnia all are proof of this, even though they're conveniently forgotten when we want to show that Confucianism is the enemy (never mind that Japan was not the only enemy in World War II, and Vietnam never came to us for war, but rather it was the other way around).

Email ThisBlogThis!Share to TwitterShare to FacebookShare to Pinterest
Labels: Confucianism, War on Terror